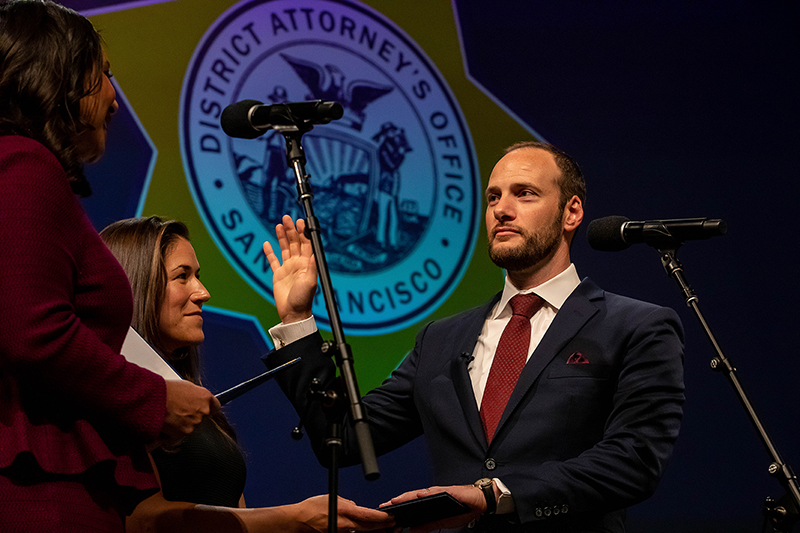 DA Boudin’s Struggles with Math and the Dictionary 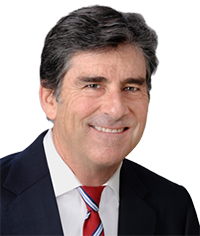 S an Francisco politicians wasted no time in using the chaos of the coronavirus to push through their agendas: street closures to nonexistent traffic, spreading the homeless to hotels in districts they don’t frequent, and the release of “non violent” prisoners from jail.

On March 17, 2020, District Attorney Chesa Boudin, along with other progressive district attorneys, signed a declaration that “non violent” inmates be immediately released because of concerns about the coronavirus spreading throughout county jails.  On April 6, Boudin switched the blame for releasing prisoners with a tweet, “Healthcare professionals demanded we drastically reduce the jail population, so we listened.”  Over a two-month stretch, Boudin pared the SF jail population 38% and further boasted in an April 6th tweet, “Meanwhile, crime rates continue to decrease in SF.”  Two weeks later, Boudin tweeted again that the crime rate in SF was still falling.

Despite his education, Boudin’s math was either conveniently inaccurate, or perhaps he was just misleading the public to fuel his lineally inherited agenda.

Total violent crimes through the first three months of Boudin’s term increased 6.4% fueled by a 17.8% increase in robberies. Robberies in just February 2020 increased 50% when compared to the previous February. One SFPD station reported that year-to-date robberies with weapons were up 100% over last year.  All since Chesa Boudin arrived, San Franciscans were 3,400% more likely to be robbed than to perish from the coronavirus.

Boudin was also incorrect on property crimes. Sure, with tourism down auto break-in’s declined 9%, but thieves made up for it with a 10.7% increase in stolen vehicles.

Extrapolating an approximate 40% decline in bridge, BART, and MUNI traffic, with streets anecdotally vacant of people, one has to question how robbers are even finding so much prey. If robbers are this successful with fewer people on the streets, that means the odds of getting robbed are more than double in the pre-Boudin era. Have the criminals just been taking advantage of an accommodating District Attorney to graduate up the scale of crime?

Boudin’s Definition of “Non-violent” Differs From The Dictionary

On a sunny day in San Francisco, two SFPD officers cruised on their bike beats at Market and Jones Streets. (Note: there would be no story here if these officers had been walking ineffective foot beats). As they approached TB (Tenderloin Businessman), wearing a black hoody on a 73-degree day, TB made eye contact with the officers and then from the sidewalk picked up a tool of the trade (an electronic scale) and inventory (marijuana).

Sure, with tourism down auto break-in’s declined 9%, but thieves made up for it with a 10.7% increase in stolen vehicles.”

With suspicion that TB was operating a business, the bike officers attempted to detain TB, but he became so irate and agitated that the officers had to call for backup. With backup present, TB gave the bike officers a fake name and lied that he was not on probation. Unaware who TB really was, the officers started to release TB with a mere citation addressed to the fake name.  However, TB screwed up and signed the SFPD property receipt with his real name: “TB.”

The bike officers escalated their investigation and took TB back to Tenderloin Station, which caused TB to vehemently plead to handoff his car keys to his girlfriend.

While TB was in a holding cell, a different Tenderloin officer recognized that TB met the description of the person — captured on video — who, a couple hours earlier, had  “discharged a pistol towards two unknown victims.” The bike cops connected TB’s adamant earlier appeal to handoff his car keys, to the need to take a tour of the Tenderloin clicking TB’s keys until they triggered his vehicle’s indicator lights to come on. A SFPD Investigator then convinced a judge that probable cause existed; that TB was a shooter, that he controlled the vehicle in question, and the gun used in the violent crime was likely in the car the beat officers found. The judge authorized a search warrant. With the approved search warrant in hand, the officers found a Smith & Wesson 380 under the vehicle’s center counsel panel.

The officers booked TB only for assault with a deadly weapon — a conservative move even though attempted murder would have been appropriate.

Only 30-days later, Boudin’s office released TB with a GPS ankle bracelet “for good cause pursuant to National Emergency due to Covid-19 pandemic.”  If TB does not meet the definition of “violent criminal” in Boudin’s lineally inherited reality, then who does?

On March 26th, Boudin tweeted, “Like the majority of Americans, I have an immediate family member locked up behind bars.” There are three problems with Boudin’s perspective:

First (and again) Boudin’s math skills are atrocious. Like his falsehood of declining San Francisco crimes, a majority of Americans, 165 million, are not locked up.  Nor should a 35.7% share of a DA’s race be considered a majority either.

Second, Boudin tweet demonstrates no remorse and is disrespectful to the lives stolen by his parents’ planned robbery and resultant murders.

Third, Boudin’s tweet reeks of a self-absorbed selfishness and a misguided grievance that his real father was not freed to raise him.

On October 20, 1981, Chesa Boudin’s mother, secured him with a babysitter while she went on to participate in a scheduled Brink’s robbery and consequential murders. Because the heinous crimes brought prison sentences to both his parents, alternative Weather Underground participants had to raise and mold Boudin. Granted, that was tough card to be dealt to an innocent 14-month Chesa.

However, lets put Boudin’s feeling of injustice into context: from that same October day forward, Edward O’Grady (6), Patricia O’Grady (2), Kimberly O’Grady (6 months), and Gregory Brown never saw, never spoke to, nor were ever held again by their fathers — thanks to the “violent crimes” and political views of Chesa Boudin’s parents.

Yet now, Chesa Boudin pouts about his father, and disrespects the families of his parents’ victims, while perpetuating the impossibility that 165,000,000 Americans are currently incarcerated.   Some politicians should not tweet!

Lou Barberini is a CPA and worked for the San Francisco Police Department for 21-years, which followed his father’s 30-year SFPD career. 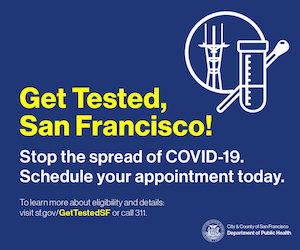 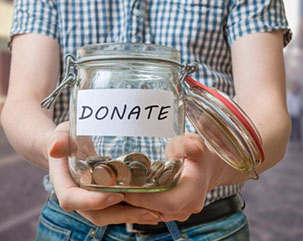 Or send your check to:

Westside Is
Open for Business 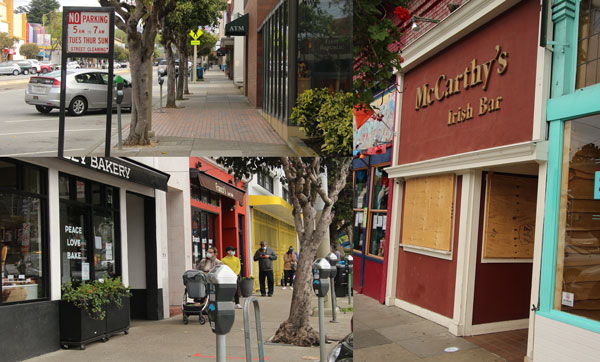 A Guide to Westside Businesses

Keep up with the many businesses that keep our community vibrant — support our local businesses!